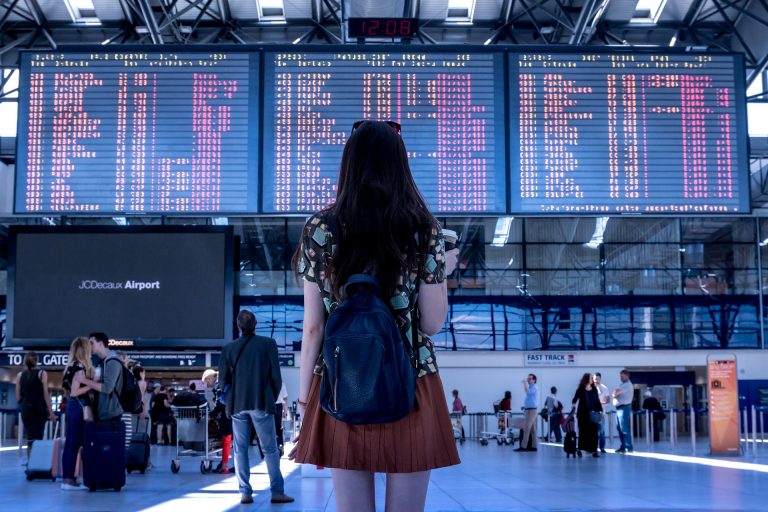 1. Take a Spanish Class While Abroad

Some travelers and expats take it for granted that, if they live abroad long enough, they’ll eventually speak fluent Spanish. “Why would I bother taking a class?” they think. “The whole reason I came here was so I wouldn’t have to do homework and boring grammar exercises!”

Unfortunately, trying to learn a language purely through absorption often isn’t enough, especially for beginning learners. English is now a global language. Anywhere you go, you’ll find English learners eager to practice with you! In order to immerse yourself in Spanish, you’ll have to first jump over the hurdle of being able to communicate with others in Spanish better than they can communicate with you in English. Otherwise, you’ll likely end up speaking a lot more English than you’d like. Taking a class is a great way to get to that point more quickly.

Additionally, taking a Spanish class will help you nail down grammar and pronunciation specifics that you might never pick up from conversation alone. And if you find grammar drills incredibly boring, just think how exciting it will be to directly apply the concepts you learn in class to the world around you!

There will be a wealth of language schools in any vaguely touristy Spanish-speaking city you visit. If your host country is Mexico, be sure to check out if your city has an Spanish Language School.

Or, check out this list of some of the best immersion programs in the Spanish-speaking world.

2. Make Excuses to Strike Up Conversations

Asking a waiter to explain an unfamiliar menu item (way more fun than ordering the pollo asado con patatas every time you eat out!)

Asking a flea market or crafts fair vendor about their product

These are all simple, quick interactions. But over time, these thirty-second conversations can build confidence and alleviate embarrassment of speaking a foreign language.

You may feel silly or embarrassed at first talking to strangers in flawed Spanish. But constant practice is the only way to get better, so take a deep breath and ask away!

3. Seek Out the Local Library

Spanish books can be a great resource for learners who want to immerse themselves in Spanish but don’t yet have the language ability to carry out a spoken conversation. When reading, you can pause, read carefully and utilize a dictionary, all while rapidly learning new vocabulary and reinforcing grammar.

If you’re concerned you won’t be able to follow a Spanish book, I’d recommend a children’s book to start. Books for young readers generally use simpler vocabulary and grammatical structures, and they have straightforward and engaging plots. Another good option is to read a Spanish translation of a book you’ve already read in English. That way, you’ll be familiar with the plot and can focus on understanding new vocabulary.

Although you could just as easily download these books to your Kindle app, I highly recommend stopping by a physical library. Most libraries have a host of great non-book resources to explore, such as movies, audio, newspapers and magazines. These are all great ways to practice Spanish while getting a taste of local culture.

4. If You Can, Live with Spanish Speakers

After a long day of work, sightseeing, volunteering, classes or whatever it is you do in your host country, it can be tempting to come home and just shut off. But living with Spanish speakers means getting true immersion even while at home. This constant reinforcement is far better for language learning than coming home and watching two hours of American sitcoms on Netflix with your American flatmates before bed.

Get out there and get speaking, reading and listening. You’ll be surprised at how fast your Spanish abilities will improve!