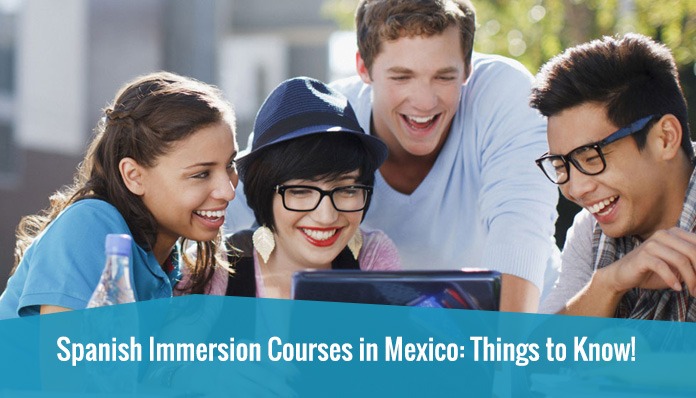 Going overseas has become easier than before. Earlier, there were many barriers to reach countries that are far away, but now it all about your needs and requirements.

However, the one thing that can make your venture a lot easier is to learn the languages that are widely spoken across the world. Spanish is one of such languages. There are many programs arranged in order to give relief from facing an issue with the language. Basically, reading, writing, speaking, and listening to Spanish are just the basic things that can help you communicate with people from numerous countries. From Asia to the Americas, many places in the world speak Spanish, with over 500 million speakers worldwide.

The Spanish Institute of Puebla – Programs for Spanish Immersion in Mexico

There are many institutes in Mexico, such as the Spanish Institute of Puebla, which offer courses for Spanish immersion of students from all across the globe. The programs of Spanish immersion in Mexico are interesting in their own way as it gives an insight into the rich history and culture of Spain along with providing the knowledge of the language. It carries students through transformation smoothly with its innovative techniques. Practical ways are structured to make an easy understanding of the Spanish language. Communication skills are also polished through various activities. The Spanish Institute of Puebla takes extra efforts to launch superior quality courses for Spanish learners.

Since the Spanish language can be learned in various stages, we have segregated the course into various levels.

Learners can take admission as per their choice and need. They can learn the purpose and nature of the language in the most extensive way. Basics can be learned in the beginner’s course, whereas the intermediate options are for learning the broader aspect of the Spanish language. The advanced course makes the person superior and commanding over the Spanish language.

The goal that we focus on is to help our students communicate in Spanish. The major areas on which we focus are – listening, speaking, reading, and writing.

Our standard program comprises eight levels. The term of each level is three weeks. Students may take one level or several courses at a time. Upon our students’ arrival, we take a written and oral test to comprehend the level you will in which level you will get the most out of the program of Spanish immersion in Mexico.

Since we have an accentuation on Spanish conversation, even our group program incorporates two hours of individual discussion to get your conversation aptitudes up as brisk as could reasonably be expected.

Learning the Spanish language can help you communicate with people from various countries. Spanish one of those languages that can be used to flaunt your soft skills. Hence, the Spanish Institute of Puebla offers the best course for Spanish immersion in Mexico that comprises eight levels for beginners to advanced speakers.

So, if you are thinking of opting for a Spanish course, get in touch with us now!

You May Also Read: Enroll in the Best Spanish Immersion School in Mexico!