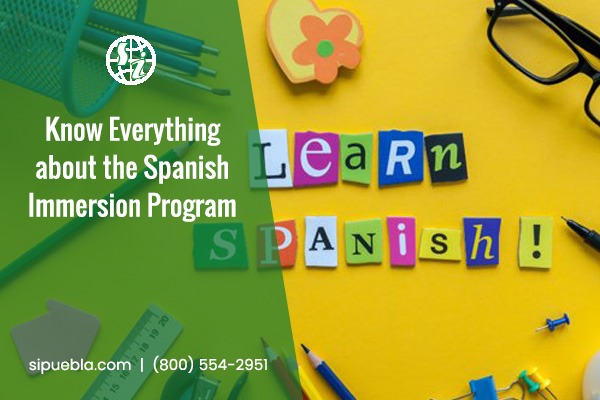 Learning a new language can be difficult, but it’s not impossible. In fact, with the right tools and resources, you can master Spanish learning in no time! This blog post will provide some tricks and tips to help make the process easier. You will also know about some of the best resources for learning Spanish. So whether you’re an experienced learner or a beginner, this post has something for everyone. Let’s get started!

One of the best ways to learn Spanish is to immerse yourself in the language. Then, if you can, find a way to live in a Spanish-speaking country for a few months. For example, you can study Spanish in Mexico, which has a good Spanish-speaking population.

Visiting Mexico will allow you to hear and speak the language daily, which will help you pick it up much quicker. If you can’t live in a Spanish-speaking country, try to find other ways to immerse yourself in the language. For example, you can watch Spanish-language TV shows and movies, listen to Spanish music or read Spanish books and magazines. In addition, it is easy to study Spanish in Mexico due to the higher number of opportunities for Spanish language learning.

Another good way to learn a new language like Spanish is to take a class. But, again, many great online and offline resources offer classes for all levels. And if you’re really serious about Spanish learning, you can find intensive Spanish immersion programs that will help you reach a fluent level in no time.

Why Are Spanish Immersion Programs Your Best Bet?

Third, these intensive Spanish immersion programs typically take place in Spanish-speaking countries, allowing students to practice their language skills in a real-world setting. By contrast, other methods of Spanish learning, such as taking classes or using software programs, can be less effective because they do not provide the same level of immersion or allow for real-world practice.

Finally, don’t forget to practice what you’ve learned. A good way to achieve this is to find a native Spanish speaker and have conversations with them regularly. It will help you get used to the sound of the language and also allow you to practice your speaking skills.

So there you have it! These are a few tested tricks and tips to help you learn Spanish quickly and easily. With a little effort, you’ll speak like a native in no time.